In March 2021, ViVi had their photo shoot of the coverage remotely between Korea and Japan with a new artist ‘ENHYPEN’. They made their debut just last year in November and already have over 16 million followers on their social media. They have great potential as a successful global group.
A big Korean mass media company called CJ ENM and HYBE established BELIFT LAB, and made a huge project called ‘I-LAND’.
JUNGWON, HEESEUNG, JAY, JAKE, SUNGHOON, SUNOO, and NI-KI won their debut by the strict audition ‘I-LAND’, and that’s how ENHYPEN was born into this world. They appeared beautifully on ViVi’s cover for June’s special edition, which will be published on April 23rd.

『THE LAUNCH OF ENHYPEN』
-Potential of flying up in the world!-

In our interview, everyone answers interviewers very politely by starting introduction with their name. Contrary to their sophisticated looks, they seemed so fresh that they were still 17 years old.

JAY, who has been studying Japanese, answered all of questions in Japanese, so we didn’t even have an interpreter. SUNGHOON, who has a unique career as an ice skater previously, answered passionately to questions about the strength/attraction of the group and members.
JAKE was very honest and careful choosing words during our interview. He often changed words to describe to be more accurate to our questions. As soon as we asked where they would like to visit, SUNOO answered Japan, and other members followed and mentioned that they would love to go to Harajuku and conveyor belt sushi.
Also, when NI-KI, the only Japanese person in the group, was talking about HEESEUNG in Japanese, he said, ‘I’m jealous because I don’t understand Japanese lol’ and the interpreter said, ‘He’s complimenting you’, and then HEESEUNG said, ‘We rely on you NI-KI even though you are the youngest.’, so NI-KI was smiling shyly.
JAKE and JUNGWON enjoyed reacting to each other’s answers, especially when they talked about how to make other happy, they were satisfied with each other getting right answers and nodded saying ‘EXACTLY!’
Lastly, we requested them messages for ViVi’s subscribers and ENGENE (the fan name of ENHYPEN), and everyone chose words carefully and talked passionately about their thoughts.

We challenged to accomplish ‘FIRST ViVi CONNECTION’ with the theme of ‘THE LAUNCH OF ENHYPEN’, potential of flying up in the world!
Must check their cool visual of ENHYPEN that can only be seen in ViVi’s June edition! Our special edition includes exclusive posters and GIVEAWAY of ENHYPEN’s autographed pictures!

In addition, ViVi’s official Instagram and twitter will show you special contents! We are planning on showing you other exclusive pictures from our photo shoot on NET ViVi. Do not miss out! 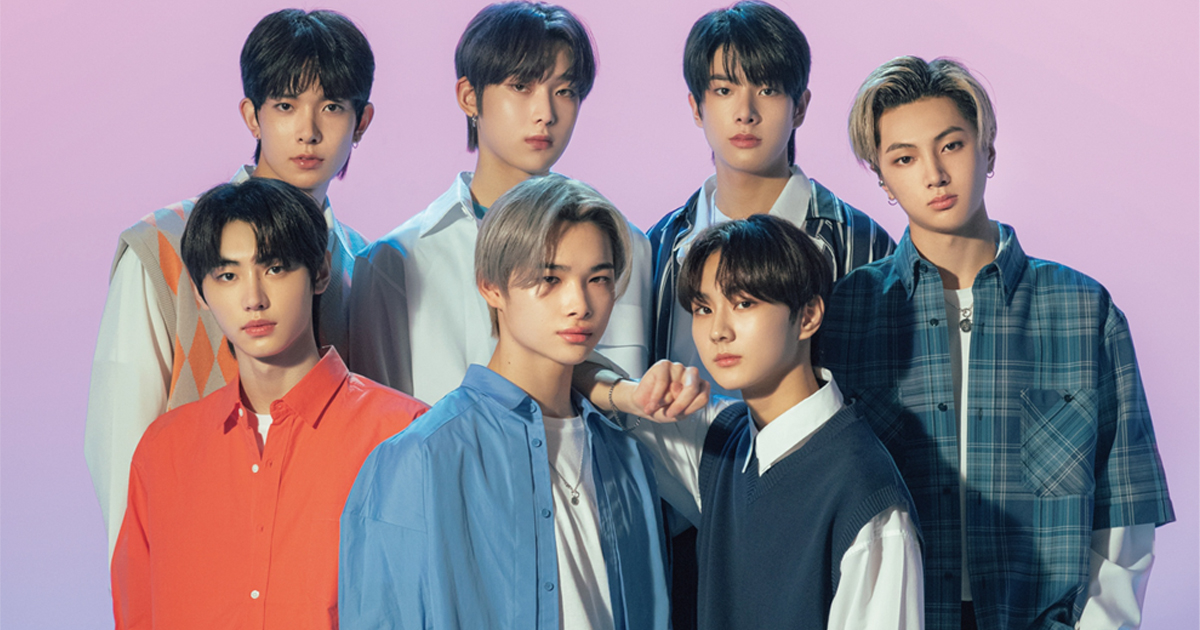 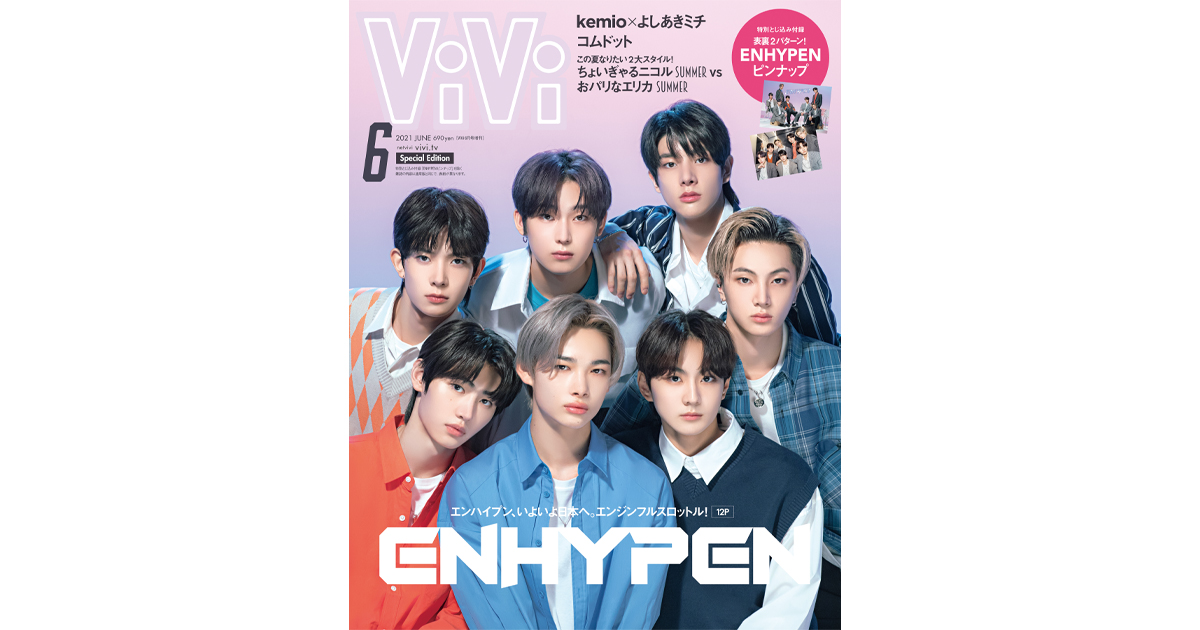 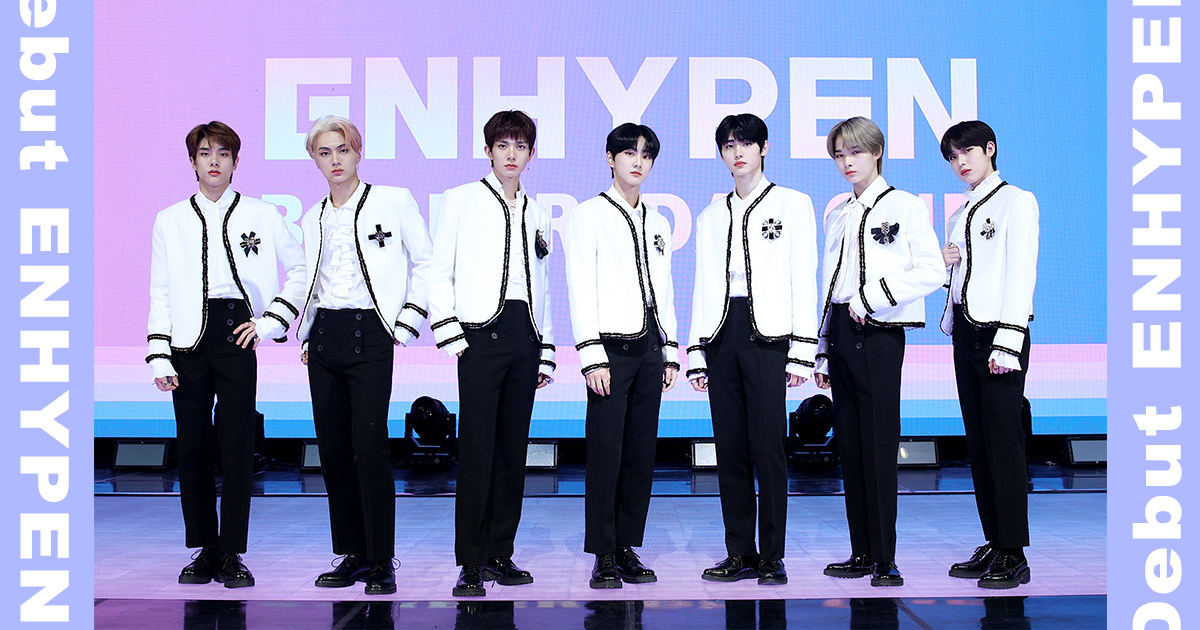 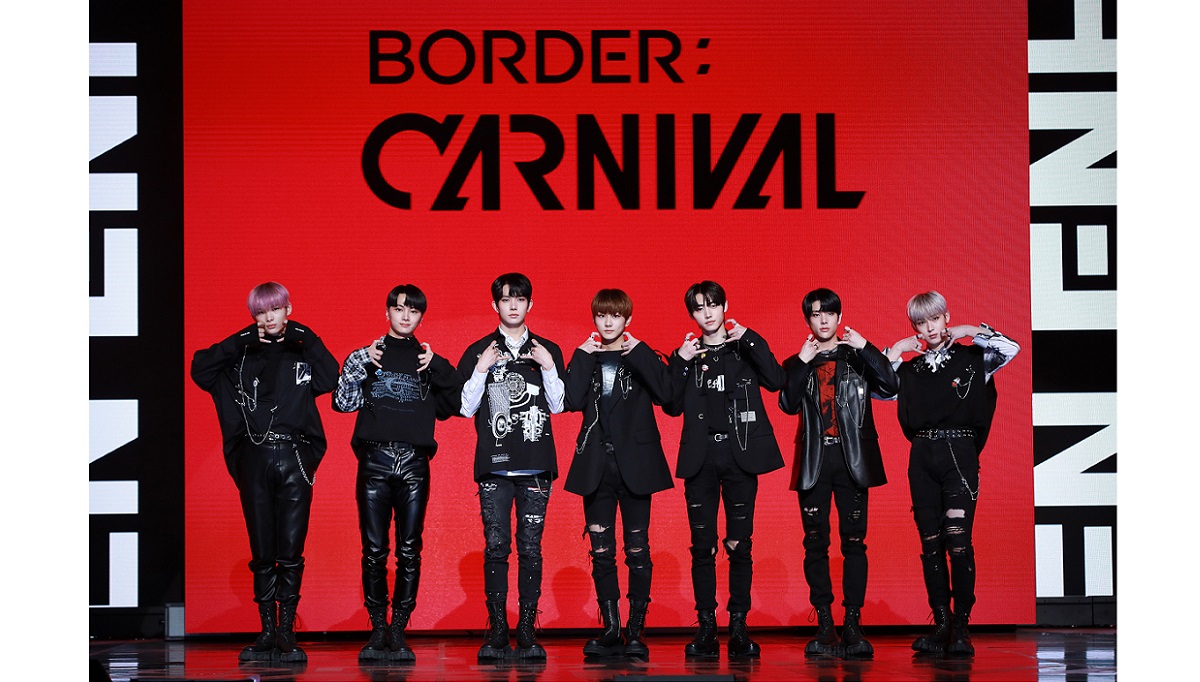